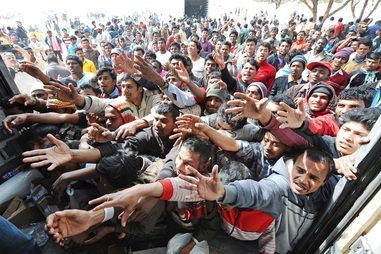 Persons Affected and Persons with Whom Work Will Be Done
We see a number of groups with which we need to work.  First are the asylum seekers themselves.  They are the most acutely aware of their own problems and, ultimately, must take responsibility for them.  The second group is the staff and volunteers working with the asylum seekers.  Frequently, they are ill trained and have little or no psychological supervision.  While most have good intentions, frequently they have little or no training or experience.  They experience secondary traumatization from the stories that they are hearing, as well burnout.  A third group of people are so-called “peripheral” people, that is, lawyers who work with their asylum cases, as well as such people as guards, cleaners, and other personnel with whom the asylum seekers are in formal or informal frequent contact.  Such “peripheral” people frequently are ignored and yet undergo similar secondary traumatization. 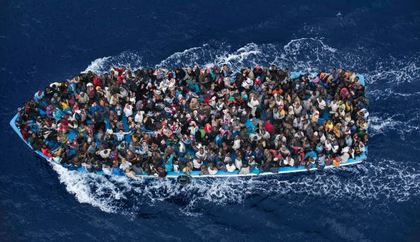 Methodology
Because of the enormous number of beneficiaries and the relatively small numbers of potential trainers and workers, a pyramidal system of trainers must be put into place.  Further, especially because of the geographic spread, electronic gathering will be used.

The foundation of the work will be Pragmatic Empowerment Training (PET), described elsewhere on this website.  The methodology is that of person-centered education, using the narratives and the experience of the participants to increase their knowledge, skills and insights, including a large amount of discussion and practice.   The course and the gatherings can be onsite and/or online.

We would propose that, if possible, 2-3 weeks of intensive training onsite be carried out, followed by weekly electronic meetings.  This scheme can be adapted to the needs and desires of the individual group.

We suggest that trainers be trained, who then can train other trainers, who ultimately train and work with beneficiaries.

Groups to Be Involved
This problem cannot be dealt with by one organization alone.  Thus, a coalition of groups is required to reach as many beneficiaries as possible in as many places as possible.  Currently, we seek to work in Europe, where we are based, and in the USA and Africa, where we have potential partners.​