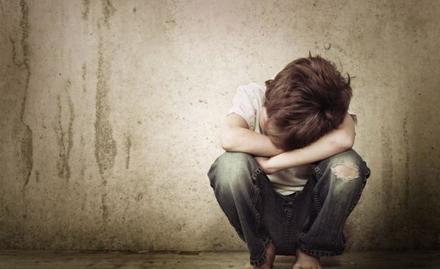 ​There is no magic solution to the problem of dealing with the legacies of violence in a society. Healing is a long-term and culturally bound process.

The CWWPP estimates that, even more than 20 years after the end of the war, nearly everyone in its area of work has psychological consequences of the events of the war. Among the most traumatized were former soldiers who have seen and done things that no human being should ever see or do. Many have come back from the front emotionally and physically decimated to lives that are in ruins. Psychotrauma is one of the key concepts in the psychopathology and it is not related only to the etiology of PTSD which is by definition a consequence of traumatic stressful life events. The key question is why some individuals develop and some do not develop PTSD following exposure to potentially traumatic events.
However, research and clinical observations have shown that the consequences of traumatic events are not limited to the persons immediately exposed to the event, and that they affect significant others in their environment such as family, friends, and caregivers, and anyone connected in any way with the affected people or situations.

Such effects include a variety of post-traumatic manifestations such as headaches, breathing difficulties, intrusive imagery, heightened sense of vulnerability, difficulty trusting others, and emotional numbing.

Preliminary results from research about mortality of Croatian veterans indicate that the largest number of deceased persons died of neoplasms (tumors), followed by death from diseases of the circulatory system (heart attack, stroke, etc.), and from injuries, poisoning and other similar causes. According to existing data, the primary causes of mortality in the general population of Croatia are diseases of the circulatory and vascular system, while the above-mentioned preliminary results of the primary cause of mortality in the population of Croatian war veterans is neoplasms (tumors). Disturbing numbers of suicides can be connected with findings that, more than two decades after the recent war, people are increasingly affected by their own negative social perception and by problems in their social environment rather than by direct exposure to the violence. It seems that the role of postwar belief, expectation, explanation and attribution is of great importance in addition to the consequences of combat itself.

The posttraumatic embitterment syndrome (PTED), as recenty described by Linden (2003), could contribute to better understanding of the PTSD diagnosis inflation in Croatia. PTED is a universal reaction type that is frequently seen in individuals who are exposed to events of personal injustice, humiliation, frustration, and helplessness associated with a prolonged feeling of embitterment. (Linden et al. 2007).

A variety of terms have been used to describe another significant phenomenon, for example: “secondary traumatization” (Rosenheck & Nathan, 1985),“traumatic counter-transference” (Herman, 1992), and “vicarious traumatization” (McCann & Pearlman, 1990).

Despite the fact that research about Holocaust survivors is more than a half-century old, there still are open questions as to how this transmission occurs. The integrative approach takes into account the interplay among various levels of transgenerational influence, suggesting that transmission is caused by multiple factors, including biological predisposition, individual developmental history, family influences, and social situation, political rhetoric, economic factors, and narratives at various levels.
Research on the inter-generational transmission of trauma in Eastern Europe is limited. Case studies by local psychotherapists have highlighted how some parents pass on psychological symptoms and personality characteristics to their children—elevated levels of suspicion, distrust and guilt, combined with denial or avoidance of experiencing vulnerability and loss. These characteristics may be adaptive in a repressive or lawless atmosphere, but they are also detrimental to the psychological development of children (Lindy & Lifton, 2001).
Usually, traumatized people carry on with life in an attempt to function "normally", but they carry their tension just below the surface, not knowing how to resolve it. People use alcohol to self-medicate their symptoms. Therapy is culturally stigmatized, and it is thus rare that trauma victims will resort to it. The prevalence of trauma is perpetuated by a combination of poverty, political indifference, the stigma against seeking mental health care, and the overwhelmed mental health care system.

Currently, however, the psychological pressure has gotten to such high levels, that many go to psychiatrists despite the stigma.  There, for the most part, they receive drugs, which dampen the symptoms for short periods.  Unfortunately, they are given drugs for very long periods. Such psychopharmacological treatment is virtually the only form of help given, that reflects the general approach in the mental health care system. Pharmacotherapy is often preferred since it requires less time and presents an easier solution in the overworked primary health care system. Also, it is one of the most frequently used means of self-help and self-abuse.  The few qualified doctors in the area are overburdened. Their response to requests for help from people is generally to prescribe drugs, and there are people who are now taking as many as seven or eight different prescription medicines. However, drugs usually are not the most appropriate way of treating psychotrauma and people become addicted to these prescription drugs all too frequently.

If a broader concept of healing is used, in which the individual is not treated as separate from the social context, then the shift from “victim” to “survivor” is as much a question of social justice as a question about any personal process the individual undertakes. Summerfield argues that: “ If symbolic acts are not linked with the delivery of truth, justice, and social change, they run the danger of being seen as a strategy to “buy off” the survivors.  Social reform is the best medicine; for victims of war and atrocity this means public recognition and justice. Health and illness have social and political roots: post-traumatic reactions are not just a private problem, with the duty on the individual to recover, but an indictment of the socio-political forces that produced them.” (Summerfield, D. “War and Mental Health: a Brief Overview.” British Medical Journal 321(2000): 232–235. )

The CWWPP’s Approach to the Problem
In brief, we do not believe that, currently, there is a sufficient number of professionals to deal with the situation, nor can a sufficient number be trained within the foreseeable future.  Furthermore, as has been mentioned, in the societies in which we are working, there are strong stigma against going to psychiatrists and psychologists.  We thus see the best solution in well-trained and well-supervised peer counselors.  Training of such persons takes about 150 hours.
We also strongly believe that the healing of the wounds of trauma is a pre-requisite to reconciliation and, as Prof. Adam Curle puts it, a condition for peace.  We believe that this is a component of the problem that, until now, has not been integrated into conflict resolution strategies. Genuine healing requires sustained personal, community and political attempts to integrate the suffering of the past into the present.